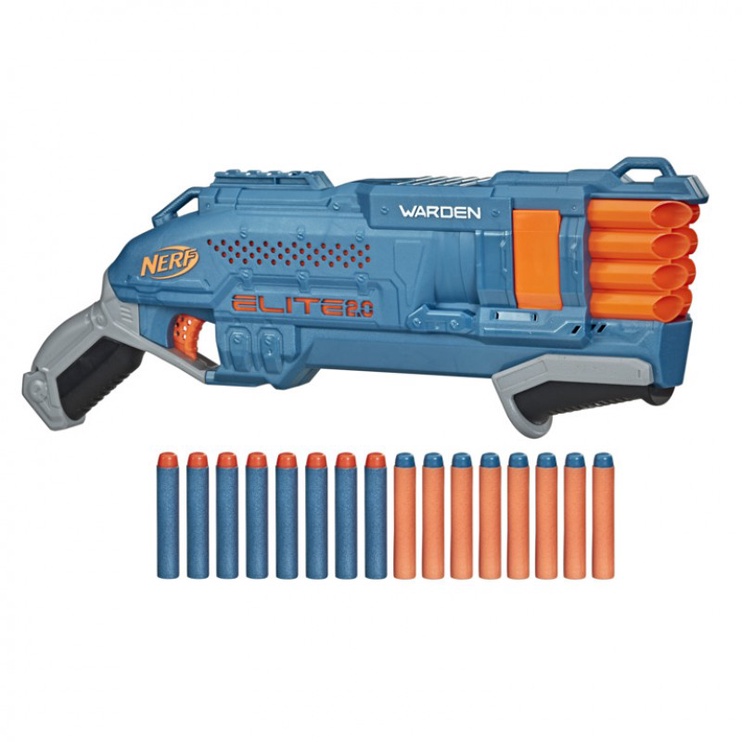 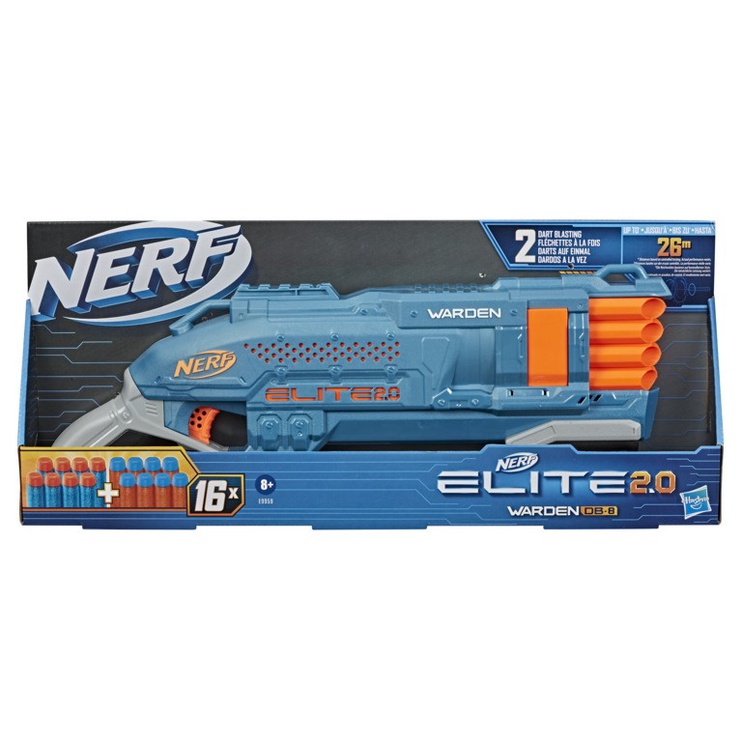 Gear up for battle with Nerf Elite 2.0 blasters that feature built-in customizing capabilities so you can upgrade them and seize the advantage in Nerf competitions. Build your stockpile of Nerf Elite 2.0 blasters to optimize your game strategy and bring tactical performance and flexibility to every mission and battle!
The Nerf Elite 2.0 Warden DB-8 blaster fires 2 darts at once to send a double dose of firepower at your targets. It has an 8-dart capacity, so you can launch a series of darts at the competition before reloading. Take advantage of the tactical rail to customize the blaster for every mission or battle. Fire all 8 darts rapidly with pump-action slam-fire! Includes 16 Official Nerf darts -- 8 darts to load into the blaster, and 8 darts for reloading. Fires darts up to 85 feet (26 meters). Eyewear recommended (not included) No batteries required.
Nerf and all related properties are trademarks of Hasbro.

UPGRADE-READY BLASTER: Customize the blaster for every battle or mission by taking advantage of the tactical rail to add Nerf accessories (not included)
INCLUDES 16 NERF DARTS: Comes with 16 Official Nerf darts to fully load this 8-dart capacity blaster -- and 8 more darts to reload and head back into battle
FIRE 2 DARTS AT ONCE: Fire 2 darts at a time from this pump-action blaster, or fire all 8 darts fast with slam-fire action! Pump the slide backward and forward to prime. No batteries required
FIRES DARTS UP TO 85 FEET (26 METERS): Go the distance with this blaster that fires darts up to 85 feet (26 meters)