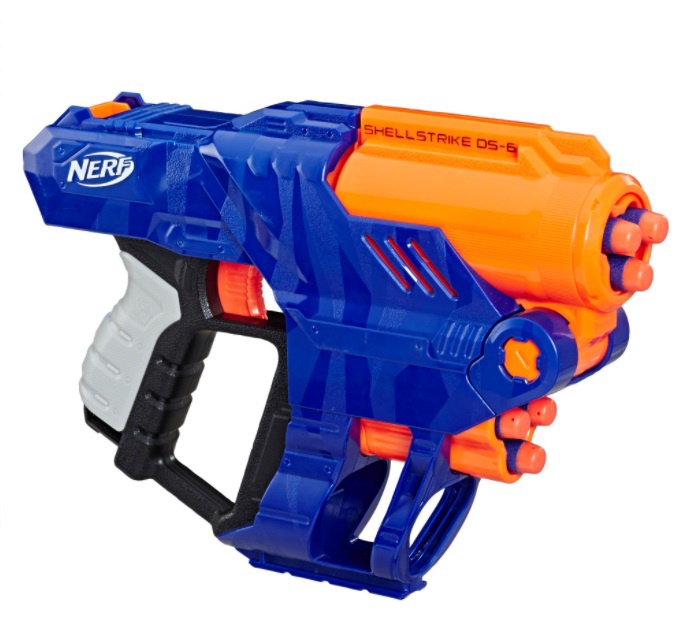 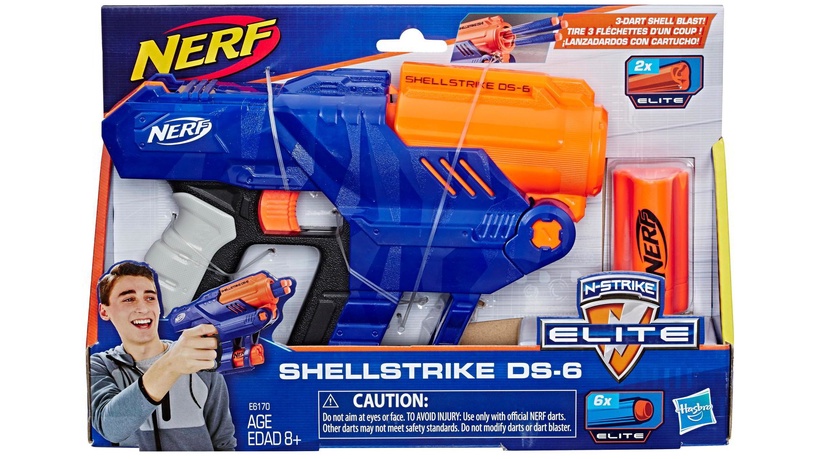 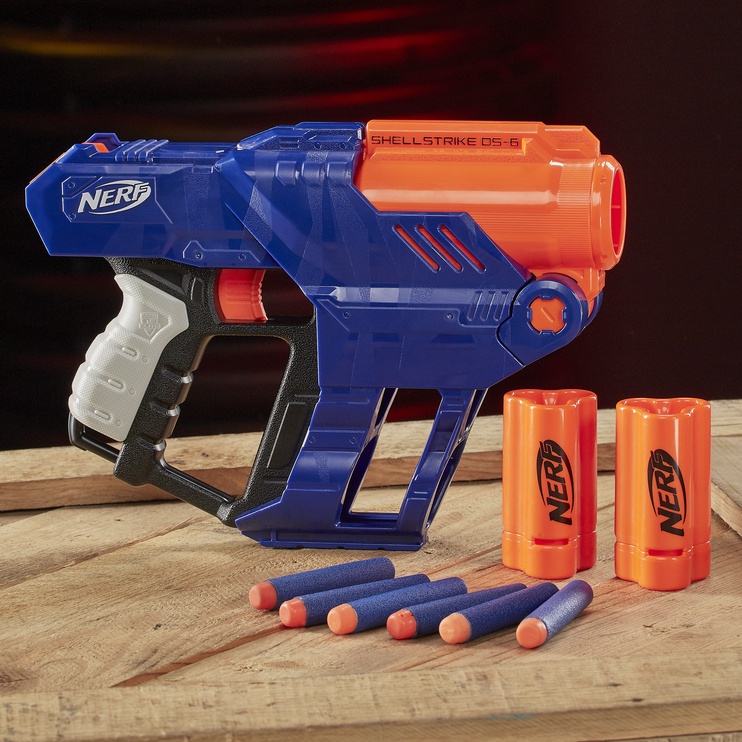 Fire 3 darts at a time from this shell-loading blaster! The Nerf Elite Shellstrike blaster features a break-open mechanism for inserting a shell inside -- move the latch and the blaster swings open. Place the shell inside, close the blaster, and you're ready for action. Strike your target with a triple-dart smash as you prime the blaster and press the trigger. It comes with 6 Official Nerf Elite darts and 2 shells that each can hold up to 3 darts. You can store 2 shells on the blaster, keeping them close by to reload quickly. Remove the empty shell, load a full one, and keep on playing! This Nerf Elite blaster is a great size for indoor and outdoor Nerf games, and the soft darts make it fun for everyone to play. Official Nerf darts are tested and approved for performance and quality and constructed of foam with flexible, hollow tips. Eyewear recommended (not included).

Nerf and all related properties are trademarks of Hasbro.

• 3-DART SHELL BLAST: Nerf Elite Shellstrike DS-6 blaster fires 3 darts at once from a shell that's loaded inside the blaster -- unleash a triple-dart blast!
• BREAK-OPEN LOADING: The blaster has a cool break-open loading mechanism -- move the latch and the blaster "breaks" open. Load the shell inside, close the blaster, prime, and fire.
• 2 SHELLS AND 6 DARTS: Includes 6 darts and 2 shells -- each shell has a 3-dart capacity and releases all 3 darts at once when you fire the blaster.
• SHELL STORAGE: Store 2 shells on the blaster to keep them nearby for fast reloading.