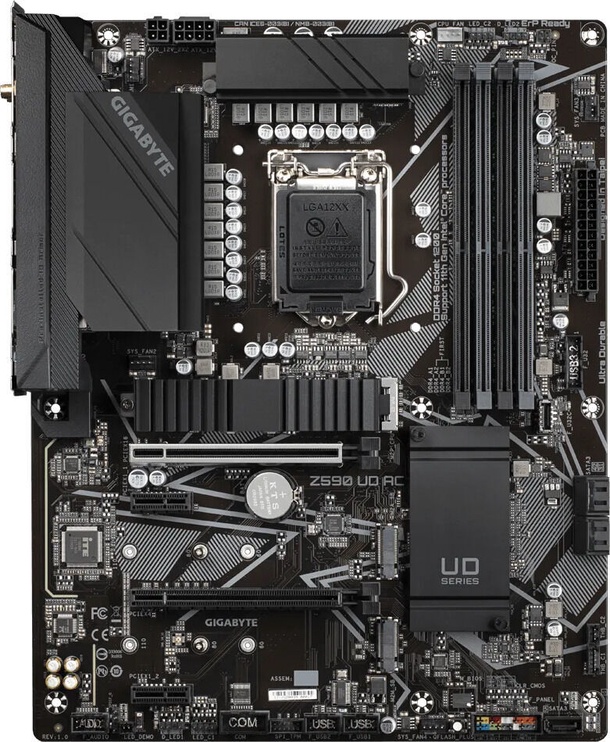 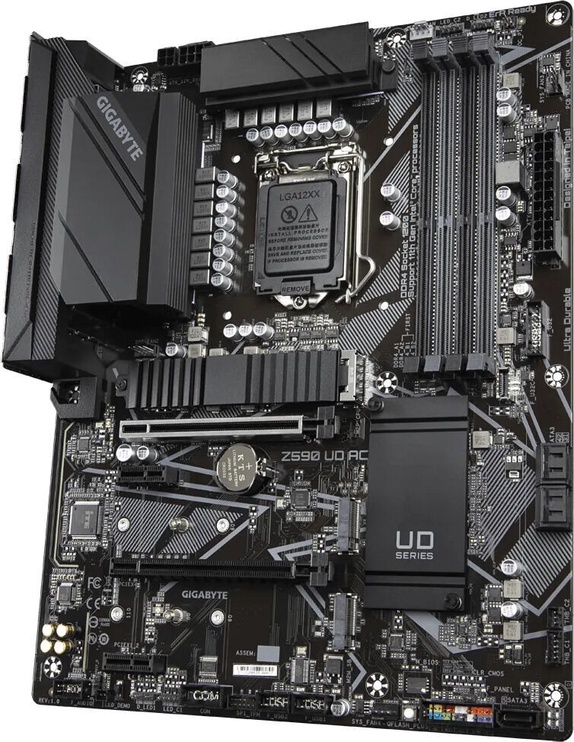 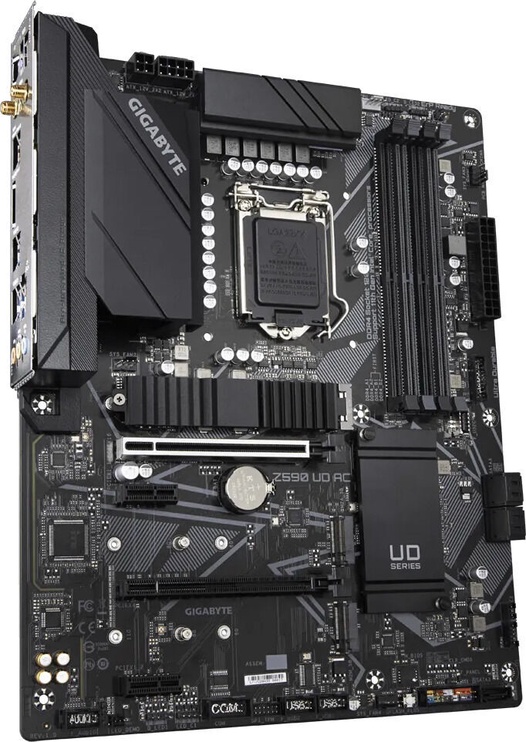 Digital PWM Controller to deliver appropriate voltage to the CPU.
Direct 12+1 Phases DrMOS without PWM Doublers, each power phase connects directly to the CPU, With capability to handle 600 Amps current in total.

Support for DDR4 XMP Up to 4800MHz and Beyond*
GIGABYTE is offering a tested and proven platform that ensures proper compatibility with profiles up to 4800MHz and beyond. All users need to do to attain this performance boost is to ensure that their memory module is XMP capable and that the XMP function is activated and enabled on their GIGABYTE motherboard.

With Z590 UD AC Motherboard will support either 5v or 12v Addressable LED lighting strips and up to 300 LED lights. RGB Fusion 2.0 with Addressable LEDs comes with new patterns and various speed settings with more to come.